CREATE A WALKABLE GATHERING PLACE FOR THE COMMUNITY

BRING MUCH NEEDED HOUSING TO KEEP BURBANK'S WORKFORCE IN BURBANK

WE WANT TO HEAR FROM YOU!

How Burbank is leading the Valley’s urban transformation 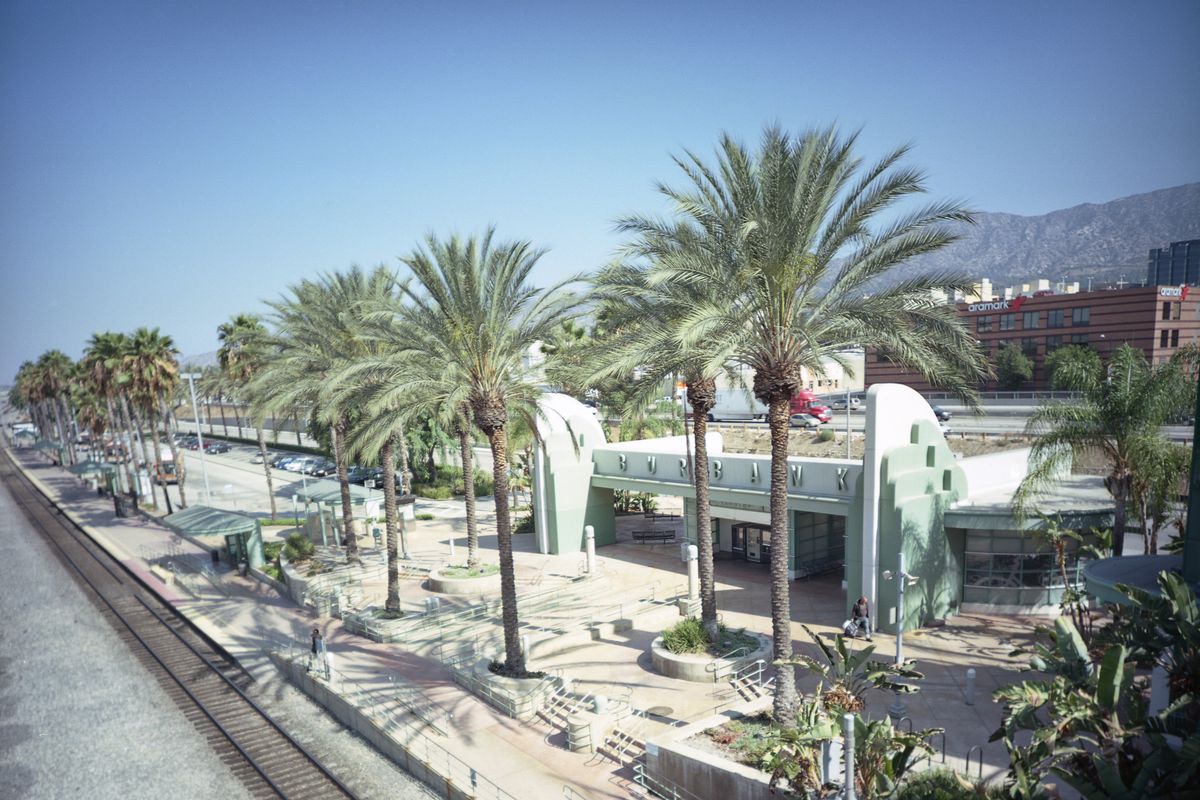 When Burbank’s Ikea moved into its new 22-acre digs, making it the largest in the country, it looked as if the city would be left with yet another vacant box store occupying a prime location. Instead, Burbank is trying something new: It’s planning to convert the former Ikea site into 765 housing units, creating a brand-new walkable community in the heart of downtown.

It’s a sign that the easternmost city in the San Fernando Valley is quietly doubling down on smart growth, sustainability efforts, and innovative transportation solutions, turning Burbank into a place that’s defining the region’s future.

Hundreds of units will be built on the former Ikea site to help address Burbank’s housing shortage. Courtesy of I Heart Burbank

Just 17 square miles with a population slightly over 100,000, Burbank has amenities that most cities its size can’t boast:

This story is part of Curbed LA’s Valley Week, a celebration of culture, real estate, architecture, and neighborhoods in the San Fernando Valley. You can view all of our Valley Week stories here.

As a journalist, Burbank’s Mayor Will Rogers spent 17 years covering Burbank’s local government as well as the city halls of Glendale and Pasadena, getting a first-hand look at how Southern California’s mid-sized cities are becoming the region’s most desirable residential areas. As the mayor is the first to admit, even Burbank’s stereotypically suburban residents are stepping up to big-city challenges.

“This is a population that expects no change or insists on no change,” he says. “At the same time, when it came time to conserving water, we scoffed at the governor’s goals and far exceeded them. Same with electricity. The people really like to get involved in that way, contributing what they can. Our people pay a little more for power because we really focus on renewable resources.”

Rogers says after the U.S. formally backed out of the Paris agreement, even he was surprised to learn how progressive the city’s climate policies are. “I asked the utility companies to measure our ability for reaching those standards ourselves in the near future,” he says. “The answer I got back was, ‘We’re already there.’”

Burbank has been internationally renowned since 1940, when Walt Disney famously relocated his animation studio to the northern bank of the Los Angeles River, and later as “beautiful downtown Burbank” when it was beamed into living rooms in the openings of Laugh-In and The Tonight Show.

Yet being home to major studios like Disney, Cartoon Network, and a booming community of gaming companies has created some growing pains.

The city’s population jumps to 250,000 during work hours, and many of those employees would prefer to live closer to their jobs—if only they could afford it. “In rental properties we have a 1 percent vacancy rate,” says Rogers. “We have landlords who are thrilled with that and raising rent by $100 at every opportunity, and more than a few who are issuing 60-day evictions.”

Which is why Burbank is leveraging new developments like the arrival of North America’s biggest Ikea—every time I mention the Swedish retailer, Rogers responds with a chorus that sounds like heralding angels—to address its housing shortage.

The old Ikea location will be overhauled into a mixed-use development where the city will be imposing requirements to build new workforce housing (which in Burbank means housing for residents who make between $40,550 and $103,515 per year) as well as subsidized housing. The adaptive reuse of Ikea’s former footprint is representative of the way Burbank wants to convert more aging commercial spaces, says Rogers.

“It’s silly but one of the most controversial moves we recently completed was a bike corral that takes a full parking space,” says Mayor Will Rogers.

The real estate crunch is also affecting small businesses, like legendary karaoke bar Sardo’s which recently vacated its longtime Burbank location, citing not only high rents but the city’s archaic parking minimums. Rogers admits that concerns about parking and traffic congestion are becoming more of an issue for neighbors who are finding themselves living close to suddenly popular corridors like the city’s revitalized Magnolia Park. “The friction is greatest between business and residents when they are immediately adjacent,” he says. “There’s always a contingent that will say you’ll never be able to get people out of their cars.”

But Rogers is determined to show Burbank residents that worrying about parking will soon be a thing of the past.

“It’s silly but one of the most controversial moves we recently completed was a bike corral that takes a full parking space,” says Rogers, citing the popular 18-bike rack outside Tony’s Darts Away that’s cheekily designed to look like an SUV. He points to an expansion of the city’s biking infrastructure, like the Chandler Bikeway, as proof that people want a more bikeable Burbank.

Rogers also has a plan for how more walkable development, like the ongoing pedestrianization of Burbank’s Town Center, might help address both transportation issues and the city’s housing challenges.

“There are folks my age and older who don’t understand what it is to walk out of your apartment, go to your dry cleaner at the bottom of your building, and go across the street and eat a great restaurant that you love which is literally around the block,” he says. Rogers envisions new housing that specifically entices downsizing seniors, which will not only get longtime property owners to vacate their desirable homes for young families, but also introduce this older generation to a more active, car-free lifestyle.

With the passage of Measure B on last November’s ballot, Burbank is also poised to build Southern California’s most future-forward transportation hub.

As one-third of the Burbank-Glendale-Pasadena Airport Authority, which owns the recently renamed Hollywood Burbank Airport, Burbank is pushing to replace its aging airport terminal with an integrated air-rail station filled with cutting-edge sustainability features.

“The full third of our say is going towards developing a terminal that takes advantage of everything from the potential for a bullet train ending here, to being absolutely certain that we don’t repeat the mistake of the Westside with trains that stop miles short of where people want to go,” says Rogers. When complete, this will be one of the only places in the state which offers such seamless access to both flights and regional transit connections. Aided by the possibility of high-speed rail, travelers could be anywhere in California within a few hours.

Burbank still has a ways to go before it becomes a dense urban center.

It’s hard to get things built; residents routinely oppose new developments, citing the aforementioned parking and traffic concerns. A giant infrastructure project along the 5 to elevate rail lines and eliminate at-grade crossings was meant to speed up trains and improve traffic flow. But the now-even-wider-freeway still tears a huge gash through the middle of the city and isolates the train station from downtown.

New restaurants and retail are coming to Burbank’s Town Square, but parts of the pedestrian downtown still feel stuck in bad design decisions from the ’90s.

And even though Burbank is an internationally known destination thanks to its entertainment credentials, Rogers says it’s a challenge to govern a city that even some residents don’t know is separate from Los Angeles.

“I’ve come across people in Burbank who don’t know that they have a mayor,” says Rogers. “There are more people who can name all of Santa’s reindeer than can name probably three councilmembers.” I suggest to Rogers that Los Angeles might have a lot to learn from the leaders of the nimble little city next door. “What is this ‘Los Angeles’ of which you speak?” quips Rogers. “Who?”